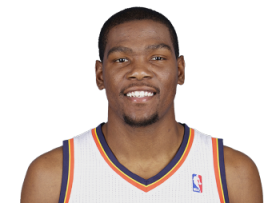 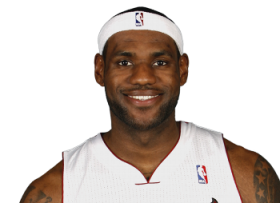 Advantages: Scoring, rebounding, assists, NBA champion, regular season MVP, finals MVP, youngest player to 20,000 pts, ONLY player ever to score at least 30 pts and shoot at least 60% from the field. There’s a lot more we could say, but running out of room…

Verdict – If KD was up against anyone else he would walk it. Time is on his side, and he may yet eclipse James in years to come. But right now, it’s got to be the King… (See also: last year’s finals)

There have been a number of milestones hit over the course of the season so far. And, while we can’t document them all here (partly because it would take too long, but mostly because we’re lazy and don’t remember most of them) here are the big two… from the big two.

LeBron – Love him or loathe him, you can’t argue with the numbers. Not content with his NBA championship ring and Olympic gold medal, being the regular season MVP and finals MVP, King James was voted Sports Illustrated Sportsman of the Year 2012 last month.

Following his infamous ‘decision’ to leave Cleveland, LeBron has moved from strength to strength in Miami. He’s had a strong start to the season so far, and is already in the running to retain his MVP crown.

Although he has taken the longest number of games to get there (1,179), at just 34 years old, Kobe is within touching distance of Kareem’s record. Lets just hope he stays healthy.