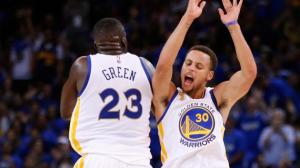 Well, almost in the books. OK, so we’re 3 games in. But regardless of the limited number of match-ups so far, we’ve seen enough to get a good idea of how the season might start shaping up. Also, LeBron dressed as Prince. That too.

Here’s a quick roundup of this week’s biggest winners and losers (Mamba fans, look away now):

Since dropping 24 points in the first quarter on opening night against the Pelicans, Stephen Curry hasn’t just been good – he’s been terrifying.

In fact, last year’s MVP is averaging just over 39 points so far this season, and more than 7 assists per contest. The Warriors have won all three of their games so far by double-digits, two of which came against New Orleans. And it’s not just his dominance from downtown that continues to raise -eyebrows.

What make Golden State’s star player so good is the fact that he can beat you in so many ways. His NBA-season-high 53 points in the 134-120 road win in NOLA also saw him go 11-for-11 from the line, and included 9 assists and 4 steals.

After sinking a 31-foot three-ball over 6-foot-10 Anthony Davis, Curry simply called it ‘a dumb shot that went in’.

In other words, Steph’s just being Steph. Sorry rest-of-the-NBA… 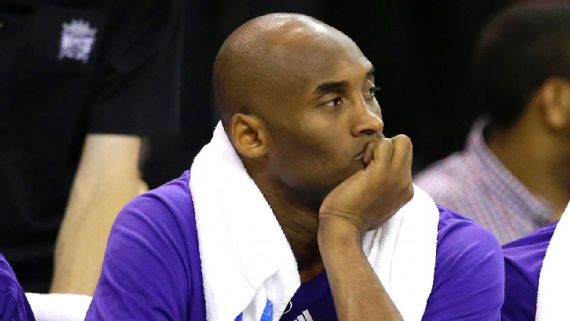 Look, we know it’s not all on Kobe.

The Lakers are, as expected, a complete mess so far this season. But the man who brought five titles to the Staples Center has been at the heart of everything that’s gone wrong in LA.

Kobe missed 12 of his 15 shots against the Mavericks, taking his FG % to a career-low 31% – topping only James Harden (more on him later) and Monta Ellis amongst 133 qualified players so far this season.

And it’s not just on the court that he seems to be struggling. The self-appointed ‘200th best player in the league’ took a day off from Lakers practice on Monday, because he was ‘too angry with himself’, according to coach Byron Scott.

His words? Simple – ‘I freaking suck’. Which, at the very least, is an honest assessment. But whether you like Kobe or not, it’s a sad sight to see one of the NBA’s greatest end his career like this, especially after working so hard to come back from last year’s season-ending shoulder problem.